Posted by Our Family Farms 15sc on

The passage of Measure M in Sonoma County will connect 4 other GMO counties in California, creating the largest GMO free zone in the US! 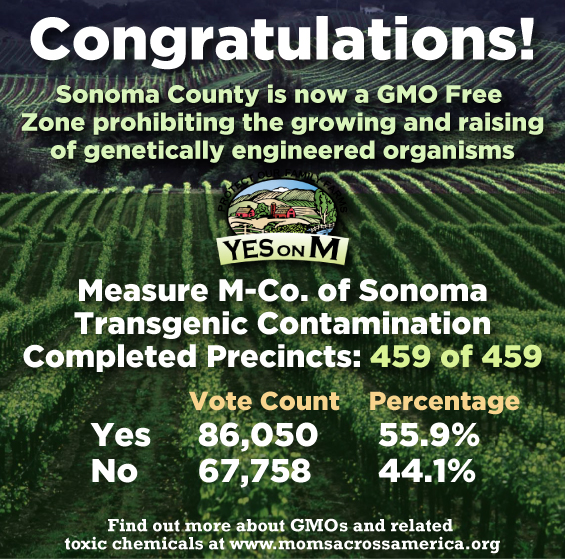 The ban will expand the GMO-free seed growing zone of S. Oregon and N. California and connects Marin county with neighboring GMO free counties to create a 13,734-square-mile zone where genetically engineered plants cannot be grown, the largest such area in the United States. 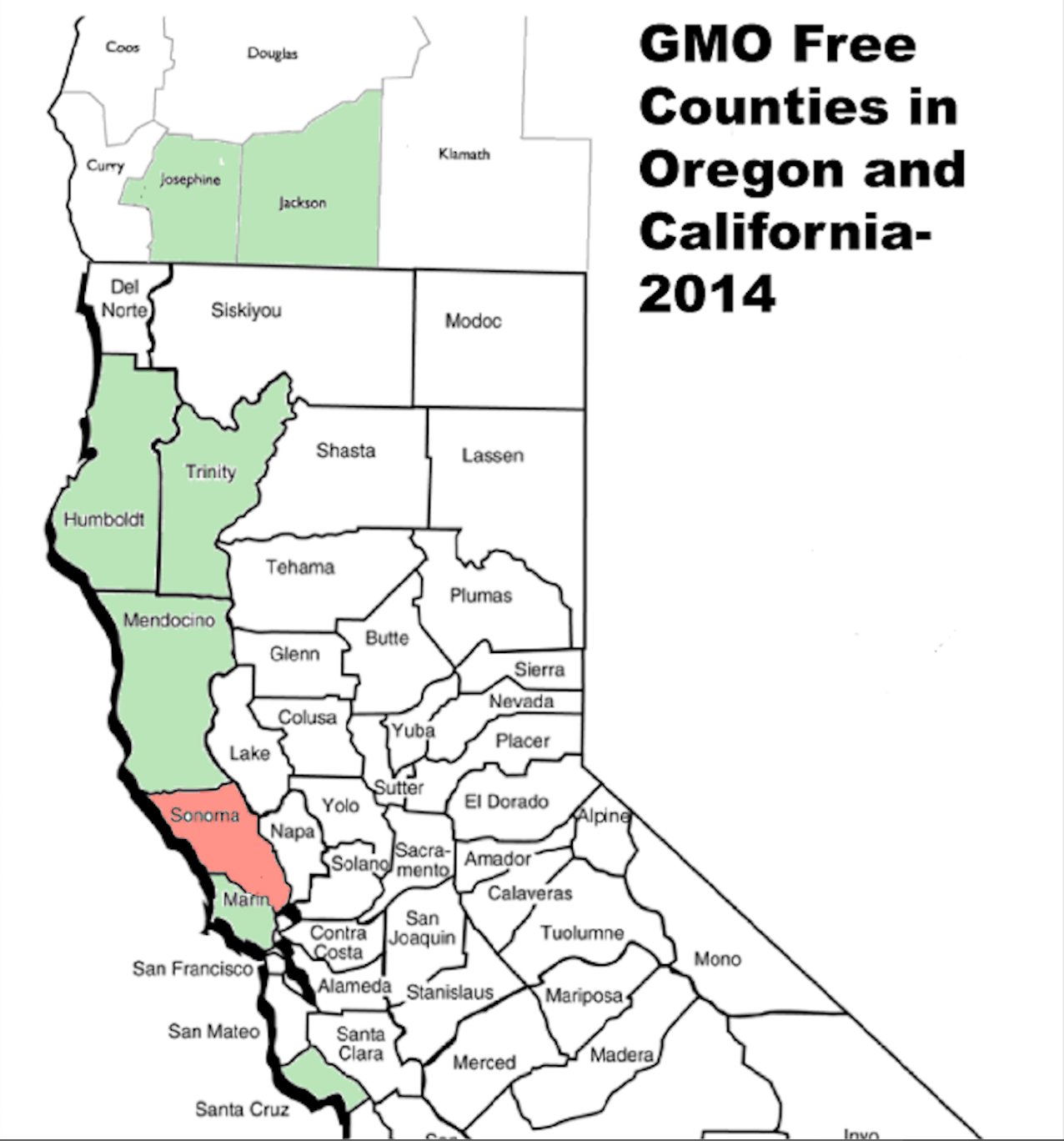 GMO Free Sonoma County announced the win with this statement:

After five years of educating the residents of Sonoma County and three years working to pass this ban, the majority of voters have come forth in support of preserving Sonoma County's agricultural heritage for future generations. Our county, now the sixth county in California to prohibit the growing and raising of genetically engineered organisms. We are thankful to the funding of numerous citizens, and food, seed and environmentally conscious organizations and businesses who helped us run a strong advertising campaign and the devotion of our grassroots volunteers and steering committee that worked long hours bringing this to fruition in spite of our strong opposition from agro-chemical corporations.

Read more at GMO Free Sonoma County and in this article at the SFGate.