Take Action to Keep GMOs Out of Organic!

Take Action to Keep GMOs Out of Organic!

Posted by Our Family Farms 15sc on

When the DARK Act became law this summer, GMO labeling wasn’t the only victim. Language included in the  DARK Act could also kill efforts to keep genetically modified organisms (GMOs) out of organic. 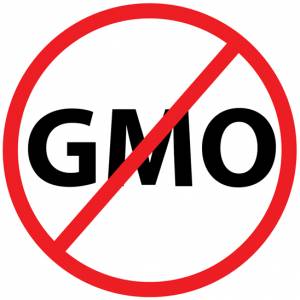 The National Organic Standards Board (NOSB) plays a key role in protecting the integrity of organics by keeping genetic modification out of organic. But that task is increasingly challenging as complex new genetic engineering techniques, some of which are referred to as GMO 2.0, come online.

Since 2013, the NOSB has been working on a proposal to the U.S. Department of Agriculture’s National Organic Program (NOP) to keep newer techniques of genetic modification, like cloning, nanotechnology, synthetic biology and mutated microorganisms, out of organic.

The DARK Act could undo these efforts.

The DARK Act, officially referred to as National Bioengineered Food Disclosure Standard, directs the Agriculture Secretary to “consider establishing consistency between the national bioengineered food disclosure standard established under this section and the Organic Foods Production Act of 1990 and any rules or regulations implementing that Act.”

Written largely by, and for, corporations, the so-called National Bioengineered Food Disclosure Standard defines GMOs so narrowly that it would cover few if any of the GMOs commonly used to produce food today—let alone the latest techniques of genetic modification. “Establishing consistency” between the DARK Act and the organic laws could open the floodgates for GMOs to be allowed in organics.

The DARK Act provision that would allow GMOs in organic didn’t come from Monsanto alone. The effort was coordinated by none other than the Organic Trade Association (OTA). How do we know that? OTA board member Melody Meyer (who represents UNFI, the largest U.S. distributor of natural and organic products) said as much, in a blog post where argued that gene editing should be allowed in organic.